This initiative is not open to funding enquiries or applications.

This initiative was set up in 2012 with an allocation of up to £375,000. Although our plan was to disburse the full amount through a number of grants, our research concluded that far greater impact was likely to be achieved in this area if we awarded just one major grant.

Following a tendering exercise in 2012, Vision Aid Overseas (VAO) was awarded £366,000 for a five-year project to increase access to eye care in the Eastern Province of Sierra Leone, one of the world’s least developed countries.

Our grant was used to set up and equip Vision Centres at three government hospitals, and to develop and implement a comprehensive outreach programme in this poor, mainly rural, region where access to healthcare, in particular for women, was limited.

Unfortunately, the 2014 Ebola epidemic, followed by the mudslide disaster in 2017, wreaked havoc on the country, and the project was understandable delayed. The project finally completed in 2018.

Following the success of the VAO project, in 2017 we allocated a further £750,000 to the Visual Impairment in Developing Countries initiative and, in the same year, awarded £410,000 to Orbis UK for a project that will aim to eliminate trachoma as a public health problem in three rural districts South Omo zone, Southern Nations, and Nationalities and Peoples Region (SNNPR) in Ethiopia.

Trachoma is the leading infectious cause of blindness in the world. It is known to be a public health problem in 41 countries, and is responsible for the blindness or visual impairment of about 1.9 million people. In 2016, 190.2 million people lived in trachoma endemic areas and were at risk of trachoma blindness. Ethiopia has by far the highest prevalence of trachoma in the world. Blindness from trachoma is irreversible.

Using the SAFE strategy (surgery, antibiotics, facial cleanliness and environmental improvement), and building on successful work already undertaken in three other Ethiopian districts, the project will develop quality comprehensive eye care, integrated into the existing health system, accessible to all at community, primary and secondary levels.

There are two specific elements to the project: training for healthcare professionals, teachers and volunteer members of the Health Department Army; and eye care services including trichiasis and cataract surgery for the entire population in each of the three districts.

The Orbis project will be informed by, and work towards, the World Health Organisation’s goal to eliminate trachoma globally by 2020. 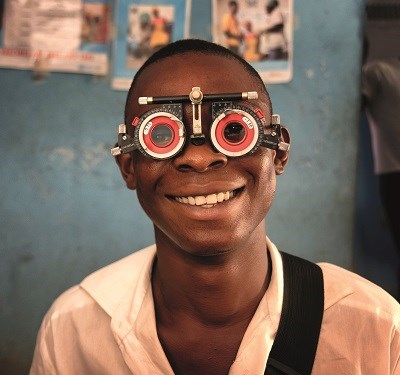 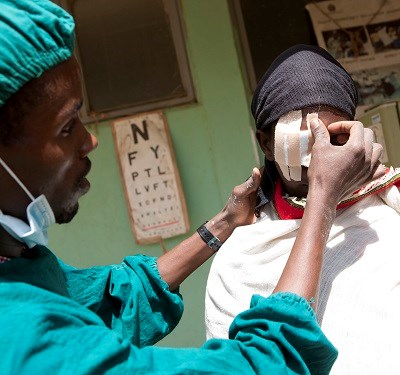